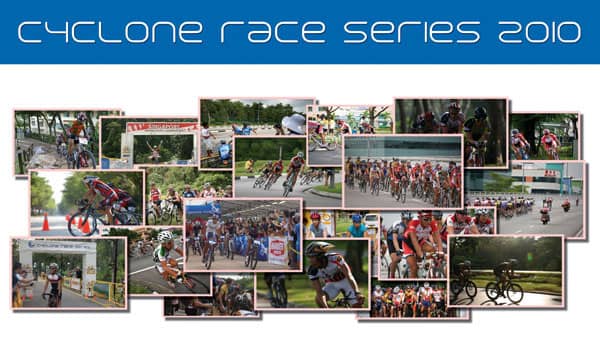 2009 was a great season for cycle races in Singapore, with the Cyclone Race Series hitting the target of 9 races including 2 national championships, covering an entire range of cycle races.

This new Dirtraction initiative that seeks to make racing accessible to all levels of riders through simple, no-frills bike races which emphasize on the racing element, will continue on for 2010.

We are expanding the formats for the season, be in Mountain Biking or Road Races in Singapore, one will find exciting new format to challenge for.

Youth racing development will be given special focus in the series, through the Juniors category and Kids Races.

Exciting newbie-friendly formats of racing will also be introduced, giving weekend warriors and beginners the chance to experience the thrill of racing.

Of course, seasoned veterans have not been forgotten – the classic XC and Time Trials formats are still retained for the more hardcore racers.

So, what are you waiting for? Doesn’t matter if you roll on 20C or 2.1″ tires, go ahead and lock the following dates in your calendar already! Let’s race!