..on my not-so-new Voodoo Wanga.

Had it singlspeeded previously, but lacked the power to muscle the thing up climbs. However i loved the fact that the bike was so quiet, no slapping of the chain on the stays or front derailleur cage. And you gotta admit bikes just look cleaner and better that way, one chainring in front, one sprocket behind, nothing else. Plus my bike has sliding vertical dropouts, so no need for an ugly chain tensioner. 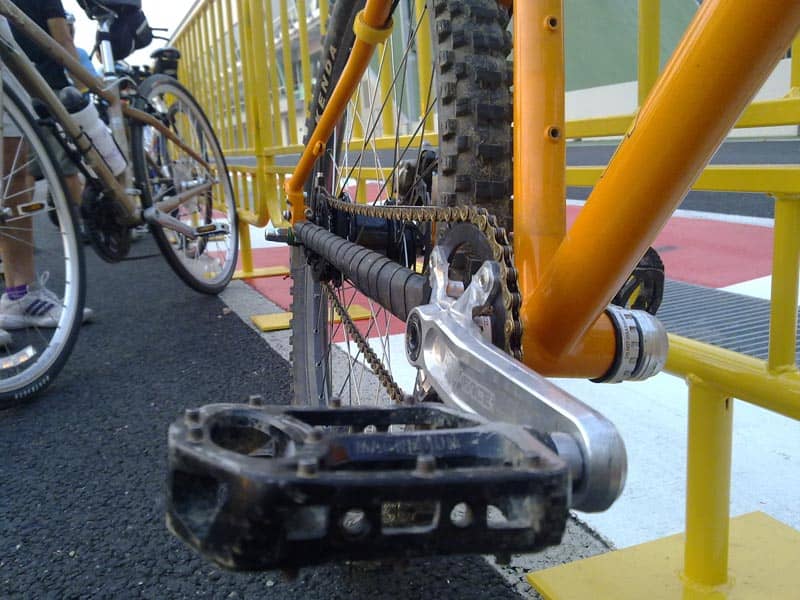 After doing some e-research, I was surprised to find that the Alfine is now being specced on certain hardtails, albeit by more niche companies like Charge Bikes and Genesis from the UK.

You also have the Zerode prototype DH bike from New Zealand that mounts the Alfine hub centrally in the frame, similar to 2007’s GT IT-1 except that it uses a Nexus hub. Alfine is supposed to be the higher-end version of Nexus, sortof like XTR for commuters. Anyway, knowing that companies and individuals out there were speccing Alfines on their MTBs without issues convinced me to go for it.

Was about to order off CRC, when I so happened to bump into the local Shimano distributor at a course, and after some poking, found out that they were available locally for a very reasonable price and were well stocked. So, after some excited cardboard-tearing, plastic-ripping, spoke-measuring, nipple-twisting and wheel-building, I present to you my Alfine-equipped Voodoo Wanga. 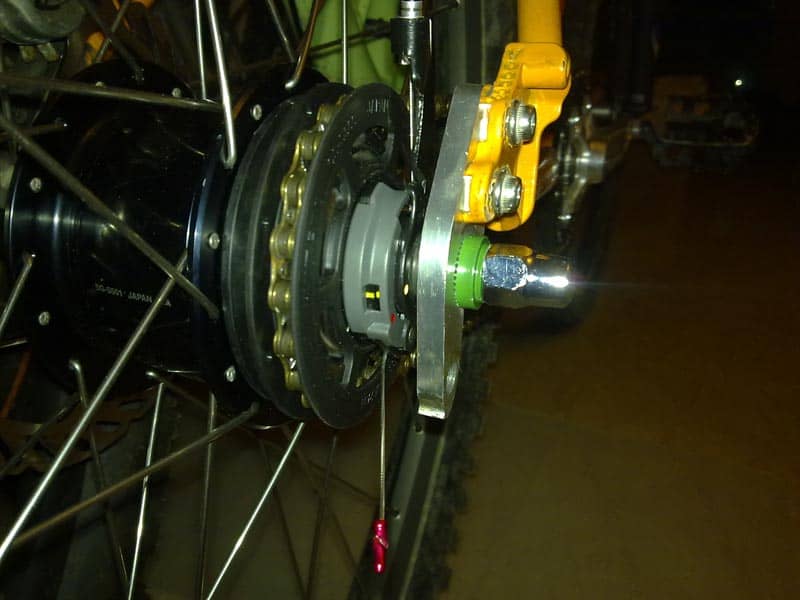 Hub came supplied with 2 sprockets, 20T and 18T and has 8 speeds. 20T is supposed to yield a similar gearing to a 12-38T cassette (most standard MTB cassettes go up to 32 or 34T). Shifting is via a Rapidfire-style unit, but only one click at a time. However it is instantaneous and independant of pedalling, so you can shift while coasting or trackstanding or whatever.

Shifting is also Rapid Rise or Low Normal in shimano-speak, meaning clicking gets you to an easier gear while pushing the big paddle goes to a harder gear. It makes sense for XC use I reckon, since shifting to an easier gear tends to be more critical when faced with a sudden sharp climb.

Haven’t had the chance to test it offroad yet, but I did manage to put in 20kms while doing bike escort duties for a 10km run over the weekend. So far so good, loving the instant shifts and silent engagement. Will update when I get a chance to roll on some dirt.

*for DH use, I’m not so sure the super wide 12-38T range is gonna suit everyone’s tastes. the jump from one gear to the next is pretty big. i wonder what the Zerode guys have to say about that…